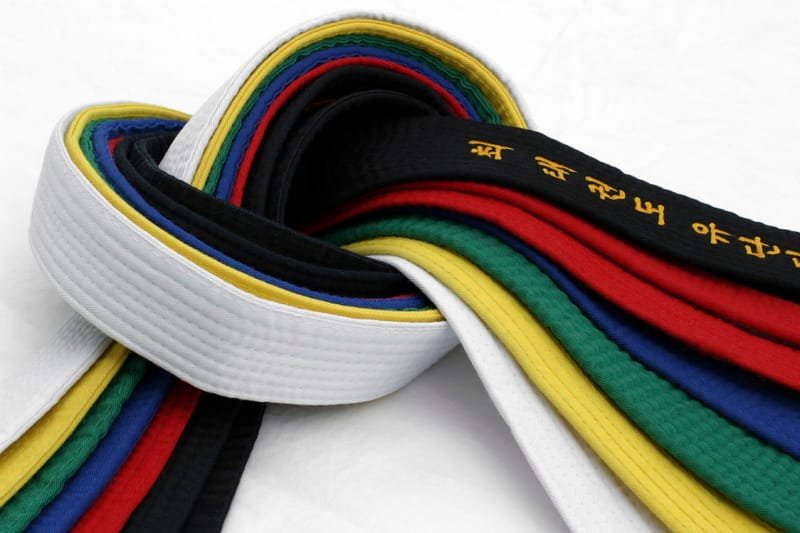 Theory is displayed verbally and expresses information on Korean words, vital information such as the rules of the sport and a general understanding and knowledge of taekwondo.

The typical student needs between three and six months before moving up each kup rank. The average student who trains two or three times per week could expect to have achieved green belt rank after one year, red belt after the second year and then black belt after more than three years of regular training.

In reality many students can take up to five years to achieve their 1st dan black belt but this depends on the individual.